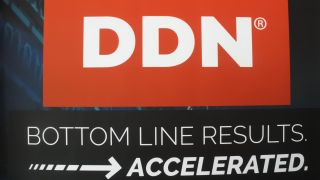 In an effort to aid biological researchers, DataDirect Networks (DDN) has announced a breakthrough in microscopy workflows that allows for real-time analysis for improved resolution of images.

By pairing its AI200 shared parallel storage appliance with a Nvidia DGX-1 system and Microvolution's advanced processing software, the company's new platform has managed to deliver a 1600-fold better yield when compared with traditional microscopy workflows as well as an eight times faster time to input that using cloud-based infrastructure.

Biological research in areas such as neuroscience, developmental biology, cancer research and biomedical engineering is currently undergoing a revolution as a result of Lattice LightSheet microscopes and other high-data-rate instruments.

Researchers have typically used sophisticated deconvolution algorithms to increase signal-to-noise and to remove any blurring from these 3D images. However, they have experienced difficulties storing, managing and processing the large amounts of data generated by their instruments which limited these techniques from being processed in real-time during imaging capture.

Microvolution's CEO Marc Bruce provided further insight on the challenges faced by researchers when dealing with such large amounts of data, saying:

“Deconvolution has historically been time-consuming and resource-intensive. Traditional methods require significant compute resources running for long periods of time to process a single image. The lack of real-time feedback from the images reduces the efficiency of the microscopy pipeline and limits its usefulness. This ground-breaking platform enables real-time analysis and live rendering of experiments, providing immediate feedback to the microscope operator to ensure running under optimal conditions.”

DDN's accelerated microscopy platform solves these issues for researchers and helps boost their productivity by eliminating the need for time-consuming data management tasks so that they can focus fully on their work.