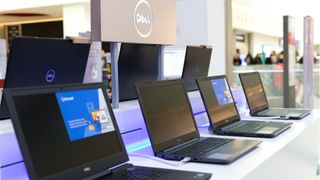 Dell has released its earnings report for the fourth quarter of the fiscal year. While business segments such as business PCs performed well, others fell short of expectations.

The technology giant said its quarterly revenue hit $24 billion, representing a one percent increase over the same period last year, in line with Wall Street expectations. Earnings came in at 54 cents per share, totalling $416 million, and Non-GAAP earnings hit $2 a share.

For the fiscal year, the company reported $92.2 billion in revenue, representing a two percent increase year-on-year. Net income was $5.5 billion, or $6.03 per share.

According to COO Jeff Clarke, the figures reflect the ongoing simplification of the business, an initiative designed to capitalise on “the next digital decade.”

The company closed the quarter with $10.2 billion in cash and investments, and paid $5 billion in gross debt over the fiscal year. It ended Q4 with $44.3 billion in long-term debt.

Dell's PC unit performed strongly, growing eight percent and delivering $11.8 billion in revenue. This growth can be attributed to Windows 7 end-of-life, which pushed many enterprises to upgrade PC fleets.

Speaking to analysts, CFO Thomas Sweet discussed the outlook for fiscal year 2021. If the company manages to close the deal to sell RSA in the third quarter, Sweet expects next year's annual revenue to fall between $91.8 billion and $94.8 billion, with non-GAAP earnings between $5.90 a share and $6.60 a share.