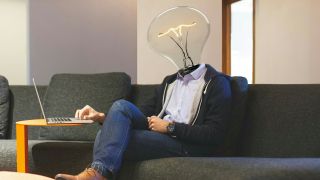 It seems as UK businesses are faced with a ‘disrupt or be disrupted’ scenario. A new Dell Technologies report says that more than a third of businesses in the UK expect to disrupt their market. At the same time, more than a quarter (27 per cent) expect to be disrupted, while 35 per cent aren’t exactly sure where they sit in this spectrum.

Wherever that may be, one thing is for certain – UK businesses are in the middle of a disruption battle.

Such battles are not devoid of fear, too. Almost a quarter (22 per cent) worry if they’ll be able to meet customer demands within half a decade, and a fifth fear their business will be left behind. They believe they can mitigate the risk with the help of new technologies, so in order to digitally transform ,they’re investing in security, multi-cloud environments, AI and IoT.

However, digital transformation itself isn’t without its own problems. Lack of budget and resources, concerns over data privacy and cyber security, the lack of skills and experience in house, as well as regulation and legislative changes, those are all serious roadblocks businesses are looking at.

“We’ve talked about being on the cusp of tremendous change for some time now. That’s no longer the case,” he says. “The next digital era has arrived and it’s reshaping the way we live, work and conduct business. Which means that time is of the essence. Genuine transformation needs to happen now, and it needs to be radical.”