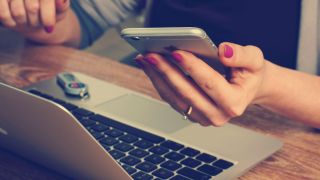 Businesses around the world are failing to benefit enough from so-called 'digital transformation' ideas due to a lack of effective leadership.

That's according to a new survey from Wipro Digital has found a major shortfall in terms of progress in embracing new technologies and business processes in the workforce, despite the promise of huge investment in these areas.

What's even more concerning is that Wipro discovered a number of different leadership issues from its respondents in terms of what they felt was holding their business back, showing a worrying lack of drive and even basic knowledge around what digital transformation even means.

Overall, nearly 1 in 5 senior executives admitted that they secretly believed digital transformation projects in their company were a waste of time - despite figures such as CEOs, CTOs and CIOs primarily being the major driver for implementing such ideas.

However having this enthusiasm doesn't seem to be enough for many companies, as nearly 1 in 4 executives say that a key obstacle to success is that their company’s structure hasn’t changed to reflect the evolving demands of the modern, digital workplace.

This frustration is hardly surprising, however, when the survey also found that only four per cent of businesses were able realise half of their digital investment in under one year – with many instead reporting that it has taken their company around 2-3 years to see at least half of these investments come to fruition.

It isn't all bad news, though, as the survey found that some business areas are seeing major returns from digital transformation strategies. This includes operations and IT departments, which along with Procurement and Finance were cited by 60 per cent of executives as benefiting in some way.

However not all departments were able to enjoy such positives, with the likes of product development (15 per cent), marketing (13 per cent), and sales (10 per cent) not seeing quite the same level of investment and success.

“Digital transformation efforts are coming up short on intended ROI, in part because digital transformation is as much a leadership issue as it is a strategy, technology, culture, and talent issue,” said Rajan Kohli, Senior Vice President and Global Head, Wipro Digital. “Real digital transformation occurs when courageous leaders align goals in practice as well as theory, manage opportunity more than risk, and prioritise the future vs. retrofit the present.”