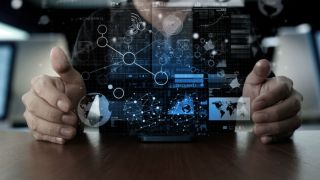 European businesses are set for an increase in IT spending which should greatly accelerate digital transformation efforts within the next 12 months.

That's according to new research from CenturyLink, which found that over half of companies are set to boost IT spending over the next year to allow them to embrace the benefits of new technology sooner than expected.

Overall, 52 per cent of European companies surveyed by CenturyLink and analyst firm 451 Research said that the next 12 months would see an increase in spending as nearly 40 per cent of companies predict that digital transformation will cause ‘major disruption’ over the next three years.

And in contrast to some recent reports, nearly the same amount (47 per cent) said that they were well on track with a formal strategy to kick off transformation efforts that are seeing them actively digitise business processes.

However this will not be an overnight process for most companies, with 55 per cent of respondents predicting that it will take between three and six years to achieve a company-wide digital transformation, largely due to the time needed to overcome the myriad of business complexities. Inflexible IT systems and lack of operational agility (36 per cent), overcoming organisational silos/outdated work practices (35 per cent), and inability to migrate legacy IT and business applications to the cloud (33 per cent) were highlighted as the main barriers by the survey respondents.

“In a global business economy dominated by disruption, innovation and cyber threats, speed to market is of the essence,” said Richard Warley, CenturyLink managing director, EMEA. “While it’s encouraging to see the majority of enterprises in Europe increasing their investment in digital transformation, the associated complexities can result in numerous roadblocks. Moving to a superior network and employing agile cloud technologies are foundational elements to simplifying the transformation process.”