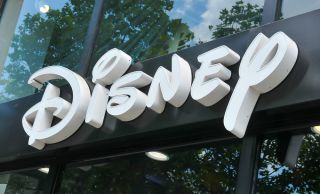 Last week it came to light that Salesforce was considering a takeover of Twitter. Now it appears though that Walt Disney is also interested in placing a bid on the social network which could be used to help deliver its content to even more consumers.

So far it seems that Disney is interested in Twitter's ability to distribute video streaming to a large global audience. If the deal were to go through, it would give the company a new channel to distribute its content, as well as content from both ABC and ESPN which it owns. Now that consumers are watching less television, Twitter could be the perfect means for Disney to provide sports, news and entertainment to its customers.

In July, the social network played up its ability to distribute mobile video in an effort to attract more users and advertisers. Twitter's ability to offer video streaming could be extremely valuable to a media company as large as Disney.

Rumours of a potential buyout of the social network have been growing for almost a year after the company reported three consecutive quarters with zero user growth. Twitter then told investors in July that it was having difficulties in acquiring funds from advertisers. As a result, investors lost the faith they once had in the company, making Twitter a much more viable acquisition for Google, Salesforce, Verizon, Microsoft and a number of other tech companies that believe they could put its user base and data to better use.

In February, the social network's market value fell below $10 billion though last week it managed to rise back up to where it currently stands at $13 billion. Any company looking to acquire Twitter would likely have to make an offer of over $20 billion as investors have become convinced that a takeover is the next logical step for the social network going forward.