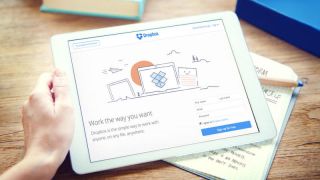 Dropbox is looking to tackle unauthorised access and other security incidents in the workplace with a chatbot. It has just announced that it had developed and released Securitybot, an open-source chatbot that can automatically grab alerts from security monitoring tools and verify incidents with other employers.

The company says that through the use of the chatbot, it will no longer be necessary to manually reach out to employees to verify access, every time someone enters a sensitive part of the system.

The bot is built primarily for Slack, but it is designed to be transferable to other platforms as well.

It works quite simple, too. As soon as an alert is fired, an employee will receive a Slack message asking to confirm if they performed a potentially malicious action. This essentially speeds up the detection process and removes false positives. Securitybot is tied into Dropbox’s detection and alerting system, the company said, adding that the responses are secured via two-factor authentication. Even if an attacker managed to compromise Slack, they wouldn’t be able to fool the bot.

“We understand the annoyance of having to respond to a nagging security team, and having an unfeeling bot that doesn’t understand “I’m busy, I’ll get to it later” doesn’t make things much better,” Dropbox said in its press release.

“So, we devoted some time to workshop the interaction between bot and user to ensure that it would be sufficiently pleasant to deal with. We wanted to make our bot polite and cordial rather than blunt and robotic. It turned out that giving a bit of personality to our interactions moved the bot from “annoying” to “adorable.”