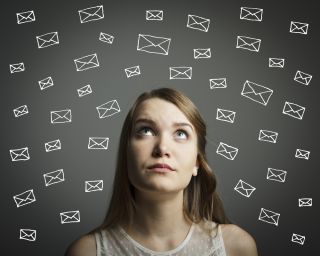 Email is still the number one threat factor among businesses, with four in five suffering an attack in the last year, according to new research.

Barracuda polled 145 organisations across EMEA and concluded that 73 per cent felt the frequency of various email attacks was increasing. The same report states that 72 per cent feel the cost of an email-related breach is increasing.

A fifth says the cost has ‘escalated dramatically’.

The cost relates to things like distracting IT from other priorities (65 per cent), disrupting employees (52 per cent), loss of productivity, business interruption, identification, remediation and cleaning up threats. Almost three quarters (70 per cent) were more concerned about email now than they were five years ago.

This concern also comes from the fact that 70 per cent believe employee behaviour is a bigger concern than inadequate tools.

Almost a third (30 per cent) said their organisation fell victim to a ransomware attack, and three quarters are saying the attack started with a simple email. Still, more than four in five (81 per cent) said they haven’t paid the ransom.

IT security experts said training end-users for awareness is important, the report claims. More than a third, however (35 per cent) don’t train their employees how to spot phishing and spear-phishing attempts.