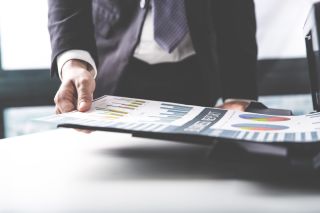 Epson is planning a major assault on the office printing market as it targets one of the most potentially profitable business areas around today.

Although best known for its industrial and consumer printing operations (as well as its projectors and scanners), the company is now planning on taking on its rivals in the enterprise space with a number of new product releases that it hopes will capture market share away from the likes of Canon, Sharp and Ricoh.

Speaking to ITProPortal at a media event in London this week to promote its office printing products, Epson UK managing director Rob Clark was bullish about the company’s prospects.

"We understand that in order to break into this market, we have to bring a proposition that's going to be compelling for the end user."

Epson has thrown its weight behind inkjet printing technology, which differs from the typical laserjet systems used in many business printers today. Inkjet technology does not result in heat or pressure being emanated, meaning less chance of breakdown or maintenance in the printer itself.

Epson actually launched its inkjet offering back in 1993, Clark notes, with the technology growing throughout the 1990’s, although it would be embraced far more in the consumer and commercial markets.

However Epson believes that inkjet printing can be a far more flexible solution for enterprises, providing specific business benefits when it comes to efficiency and energy usage.

Clark claims that inkjet printing offers a strong ecological message, with a 92 per cent saving on waste, and 94 per cent less CO2 emissions, making it, “a real step change”.

But far from just being marketing claims, Clark’s statements are backed up with concrete evidence, after Epson revealed it has already taken 40 per cent of the European business inkjet market in the first quarter of 2017 - a 15 per cent rise from just two years ago.

With the total EMEA business print market valued at €38 billion in a recent IDC report, the opportunities are huge, and Epson is keen to strike a blow immediately.

“The office market is a big opportunity for us,” Clark states. “The business as a whole is growing, we're in a time of investment and growth."

This means a major investment into its R&D facilities, including €400 million investment into new production facilities in Japan and other markets, and a further €185 million specifically for developing its PrecisionCore inkjet technology over the next three years.

Epson’s EMEA sales team is also remaining strong, with Clark noting that €75 million has been investing since 2014 in targeting the business sales market across the continent.

This is despite multiple articles and reports claiming that the death of printing is nigh, as more and more businesses move their operations to the cloud - although perhaps unsurprisingly, Clark does not support this view.

“It’s a question I’m asked a lot,” he says, “but actually it has had very little impact on print.”

He notes that in the past, the sort of thing that was being printed was a letter, document or spreadsheet, but this has now changed to richer content such as web pages, graphics and photos, meaning more ink is being used.

Epson’s aim is a bold one, there’s no doubt, but given the amount of investment and backing the company is willing to provide for its products, there seems to be no reason why their aims can’t be achieved.

"From our point of view, inkjet is the future of the office printer market,” Clark says. “We’ve made a significant investment in it - we wouldn’t be doing that if we didn’t believe in the technology and that we could drive it forward.”