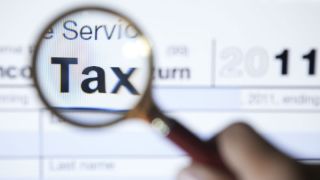 The European Union is 'close' to agreeing on a digital tax that would see companies like Facebook and Google pay more taxes in Europe.

“We are close to having a deal in our hands,” Le Maire told France Inter radio, adding that he was confident that Germany would back the agreement.

Germany originally did back the idea, reportedly pulled out last week, after some EU member states voiced their opposition to the idea. The agreement would see international, digital companies pay a three per cent tax in Europe, which would level the playing field with local companies who, at the moment, pay more tax.

Sweden, Ireland and Denmark were against the proposed agreement, for different reasons. Ireland homes EU offices for some of the world's largest companies, mostly due to its lenient tax laws.

“What kind of reaction would this bring if this was a model that was imposed on us?” Irish finance minister Paschal Donohoe said.

Denmark, on the other hand, fears an angry response from Donald Trump. As the tax “has been framed as aiming at US companies, of course there will be a reaction from the United States.”

France will be looking to close the deal by December, which is some two weeks away.