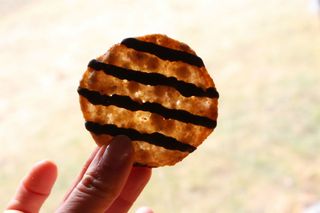 New research has revealed that four in five government-related websites in the EU have commercial trackers on them.

The findings from analysed the websites of all EU governments across March 11 and 12, and found 112 companies were sucking up information about people visiting almost 200,000 government websites.

Out of 28 EU member states, 25 of them have had adtech trackers. At this stage it’s easier to count those that were clean – Spain, Germany and the Netherlands, however France has had 52 companies sucking out info, Latvia 27 and Belgium 19, the report says.

The UK’s websites have 20 trackers, 12 of which were Google marketing.

Cookiebot’s report describes Google as ‘the kingpin of tracking’. It was found on 82 per cent of all sites, and can be traced back to three out of five biggest trackers: YouTube, DoubleClick and Google.

The report says that cookies were widespread among public health service sites as well, with more than half (52 per cent) having them. Google accounted for 40 per cent of the trackers, next to eversttech.net (Adobe), adnxs.com (AppNexus) and Mathtag.com (Mediamath).

"How can any organisation live up to its GDPR and ePrivacy obligations if it does not control unauthorised tracking actors accessing their website?" says Cookiebot founder Daniel Johannsen.

"Public sector bodies now have the opportunity to lead by example – at a minimum by shutting down any digital rights infringements that they are facilitating on their own websites."