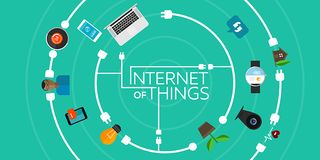 The UK, together with a couple of other European countries and commercial businesses, will be investing in a joint project that aims to build chips and other microelectronic, internet-connected devices. According to a Reuters report, the UK will be joined by Germany, Italy and France, and together they'll invest $2 million in the project.

The European Commission, which greenlighted the project, said it expects private investors to add additional $6.8bn to the pool.

A total of 29 companies and research organisations will also be part of the effort, it was said, including Robert Bosch, Infineon, STMicroelectronics, Osram, Carl Zeiss, GlobalFoundries and Murata. The project should be completed by 2024.

“Innovation in microelectronics can help the whole of Europe leap ahead in innovation,” European Competition Commissioner Margrethe Vestager said. “That’s why it makes sense for European governments to come together to support such important projects of common European interest, if the market alone would not take the risk.”

“In particular, the project is expected to stimulate additional downstream research and innovations in particular in relation to the broad area of the Internet of Things and to connected or driverless cars,” the European Commission confirmed.