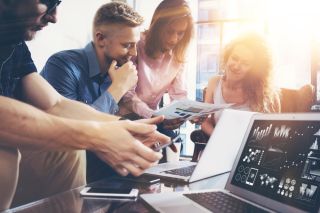 European businesses are among the world's most active, when it comes to finding innovation through start-ups. This is according to Samsung's new report, “The Open Economy“. According to the report, businesses are changing the way they’re innovating, and are focusing on bringing in and collaborating young and inspiring start-ups.

European businesses are at the forefront of this change. Out of the five countries with the highest number of large companies engaged with start-ups, four are in Europe, the report states. Almost all European corporations surveyed (97 per cent) have carefully analysed the need for open innovation. Not all have acted on their findings just yet.

Just as with other new technologies and practices, security remains a big issue, it was said.

“Having cyber-security systems that engage securely with any device or platform will allow large companies to cross boundaries, calling on expertise from smaller startups to work within their business and add momentum to their drive to innovate,” says Marcos Eguillor at BinaryKnowledge.

Anthony Bruce, of PwC, believes that future businesses will drop their in-built suspicions of outsiders and competitors to remain innovative and competitive on the global stage. “At a corporate level, it will be absolutely critical to be open-minded about where the next opportunity and the next big idea is going to come from, even if it’s coming from a competitor.”