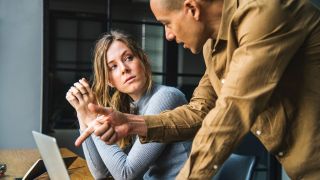 A new study by Hewlett Packard Enterprise Company, Aruba has revealed that European workers have the worst cybersecurity discipline in the world and are displaying sings of 'security fatigue' despite being fully aware of security risks after the introduction of GDPR.

The firm surveyed 2,650 European employees to better understand how the digital workplace is impacting businesses.

However, European employees were more aware of the dangers of a security breach. Of those surveyed, 42 per cent understood that data loss also brings legal ramifications though a quarter (26%) still don't believe cybersecurity is important to them.

Aruba's study also highlighted the fact that employees in Europe could be assuming less responsibility for IT security than their counterparts in other regions. Over a third (36%) of European employees don't believe that cyber security is their problem with 10 per cent of the belief that it is the problem of the leadership team  while 26 per cent see it as another problem for the IT team.

VP EMEA at Aruba, Morten Illum noted that this attitude could be a result of security fatigue, saying:

“Employees in Europe have been inundated with security messaging through their organisations, as well as the media. Clearly giving further warnings and adding procedures isn’t having the desired effect. If employees understand the risks, but aren’t acting on it, the answer is not to provide yet more training, but to bring in enhanced technology that can provide the assistance and the protection workers need to do their jobs.”