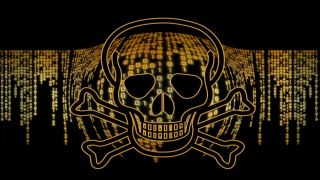 Ransomware has been named as one of the most pressing threats to society by officers at Europol.

The force has released a new report which claims that ransomware is reaching "epidemic" levels, eclipsing other areas of cybercrime such as data breaches, pornography and card fraud.

"The last year has been exceptional, given the size and the type and the range of the attacks that we've seen," Europol director Rob Wainwright said revealing the report.

"Growing sophistication in the cybercrime community, where criminal groups band together to deliver "cybercrime services, is becoming the major engine of growth in online crime undertaken for illegal profit, he said.

Ransomware "has eclipsed most other cyber-threats...indiscriminately affecting victims across multiple industries in both the public and private sectors," the report said.

Wainwright revealed that Europol will establish a special crime unit to fight activities from the so-called 'dark web', but called for even more resources to fight wider threats.