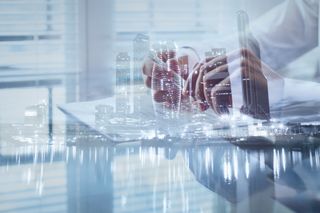 More than a third of the largest companies in the UK now have a digital executive whose sole task is to pull a competitive advantage from digital transformation efforts. With a 35 per cent adoption rate, it is much higher than the global average of 19 per cent. This is according to a new report by Strategy&, PwC’s strategy consulting business.

All around the world, however, businesses are realising the potential of having a dedicated digital executive. Two years ago, only 6 per cent of companies have had a digital leader hired.

The report, based on an analysis of the top 2,500 public companies around the world, including 120 in the UK, says the UK still lags behind France and Germany. In France, 62 per cent of companies have a digital leader, and in Germany – 39 per cent.

The good news is that companies in the EU are hiring digital execs faster than other companies globally.

In the UK, digital leaders are less likely to be of tech background, and more likely to be from marketing, sales or customer service. Just 10 per cent are female (compared to 16 per cent globally), and none sit on the Executive Board.

“We’ve seen a significant increase in companies around the world appointing digital leaders in the last year across all industries. Whilst there was some hype around this role as it emerged, many companies are beginning to realise the benefits of having a digital leader in place and it’s a position that is likely here to stay,” said Martin Roets, Strategy& director.

“It’s notable that fewer digital leaders in the UK have technology backgrounds than in other geographies. It seems that the role here is increasingly expected to focus on shaping digital propositions for customers, rather than focusing primarily on the technical delivery challenges.”