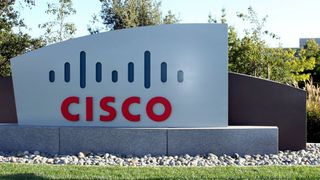 A disgruntled former Cisco employee has pleaded guilty to intentionally deleting hundreds of the networking firm's virtual machines (VMs), according to an IT News report.

Sudhish Kasaba Ramesh, an ex-Cisco engineer who left the company in April 2018, accessed the firm's AWS environment months later and deleted a total of 456 VMs, which the company used to run the WebEx Teams application.

In a statement, issued before a US federal court in San Jose by the US Department of Justice and the FBI, it was said that Ramesh “intentionally accessed a protected computer without authorization and recklessly caused damage”.

“During his unauthorized access, Ramesh admitted that he deployed a code from his Google Cloud Project account that resulted in the deletion of 456 virtual machines for Cisco’s WebEx Teams application, which provided video meetings, video messaging, file sharing, and other collaboration tools,” the statement said.

“He further admitted that he acted recklessly in deploying the code, and consciously disregarded the substantial risk that his conduct could harm to Cisco.”

More than 16,000 WebEx Teams accounts were shut down as a result and it took the company approximately two weeks to get them up and running again. Cisco claims to have spent $1.4 million fixing the damage and has paid out a further $1 million in refunds to affected customers.

Ramesh is said to have been released on bond, with bail set at $50,000. Sentencing is expected to take place in early December, with Ramesh looking at up to five years in jail and a fine of $250,000.