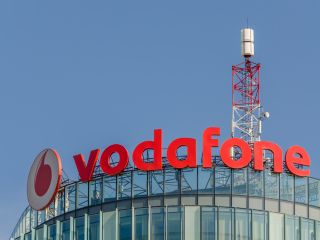 Vodafone is to launch their own franchise programme in the UK called 'Partner Agents', according to their head of UK retail Jon Shaw. The trial scheme in East Anglia and Northern Ireland will see 10 store managers ‘gifted’ ownership of their stores, with a target of the handover being achieved by July 2017.

Speaking exclusively to Mobile Magazine, Shaw stated,   ‘We’ve been listening to our managers over the last year and what we’ve heard is that not everyone wants to become a regional manager, but they’d love the opportunity to be more entrepreneurial and earn more money, but to do so within the safety of working with the brand they love.’

He continued, ‘What we’ve created is the opportunity to do that. We’ll gift them the store, they’ll become the partner agent of that store, they’d become responsible for the operating of it, but they’d still have all the support of Vodafone – the stock, the systems, the guidance, the help. It’s early days, we’ve announced it to our own people a month ago, but we’re very keen though for if this works, to introduce it to other parts of the UK in the coming year.’

Other mobile franchise schemes ran by O2, EE, Fonehouse and A1 communications already exist in the UK, though the Vodafone head of retail was careful to avoid the franchise term, he stated, ‘I don’t like the word franchise, we’re not Subway, we’re not McDonalds, it’s about being in partnership with us. They’ll report into a regional manager and still be included in everything we do, we’ll just be running them as part of our teams now.’ He added, ‘We’re not interested in giving  five or 10 stores away to one person, this is about offering single stores to people who are hopefully are already within Vodafone, or in the future might be to people outside Vodafone but are interested in an entrepreneurial career in retail without the headache of a largescale franchise trading business.’

Asked if the move towards third party owned stores was a cost cutting procedure, Shaw told Mobile, ‘actually it’s the opposite, it’s how do we, Vodafone expand in the UK? We’re always keen to look at our store portfolio and ask ourselves are there any gaps? This allows us to do this with a partner who wants to achieve the same thing. It allows us to plan for the future, and to build on the success you’ve seen in our recent network scores. Now we want to go out there and take our market position of being number one.’

According to Vodafone, successful applicants will receive close guidance and support in the key elements of running a business, with daily reports and information to provide what they need to succeed. Over 200 staff are said to have applied to be part of the pilot scheme so far.