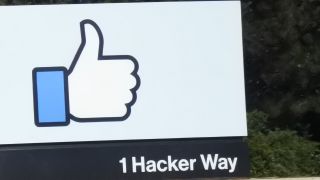 Facebook is appealing the fine it received from the UK's data watchdog as a result of the Cambridge Analytica incident.

The American social media giant is arguing that there is no evidence of data misuse, and as such – the penalty is unjustified.

The Information Commissioner's Office had fined Facebook £500,000 for failing to check up on apps and developers, resulting in a 'serious breach of the law'.

"The ICO's investigation stemmed from concerns that UK citizens' data may have been impacted by Cambridge Analytica, yet they now have confirmed that they have found no evidence to suggest that information of Facebook users in the UK was ever shared by Dr Kogan with Cambridge Analytica, or used by its affiliates in the Brexit referendum," said a statement from Facebook's lawyer Anna Benckert.

"Therefore, the core of the ICO's argument no longer relates to the events involving Cambridge Analytica. Instead, their reasoning challenges some of the basic principles of how people should be allowed to share information online, with implications which go far beyond just Facebook, which is why we have chosen to appeal.”

"For example, under the ICO's theory people should not be allowed to forward an email or message without having agreement from each person on the original thread,” Benckert added.

Data gathered on Facebook users through a quiz game was allegedly shared with Cambridge Analytica and later used to target political advertising in the US.