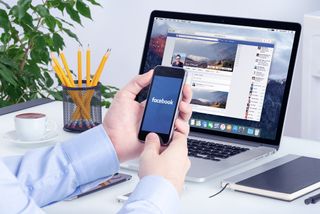 Facebook has revealed it will be separating out its Workplace by Facebook platform from its main domain..

The social network said that soon, businesses that pay for Workplace by Facebook (and according to Facebook October 2017 figures, there's 30,000 of them so far), will no longer log in through Facebook.com, but instead through Workplace.com.

"As part of Workplace's brand evolution we are migrating to our own domain. This move has been in the works for nearly a year and we are planning to migrate customers to Workplace.com in 2019”, a Workplace spokesperson told us.

At the moment, the website is live as a marketing site, but will serve as a landing page soon enough.

“We have been in a position where even though we are separate from them, it’s a bit difficult to have that story when we are hosted on the Facebook.com domain,”  Luke Taylor, product manager for Workplace by Facebook, told CNBC.

“This is something that we want to do from a brand point of view but also something that I think gives our customers more trust in the product itself.”

Facebook will be looking to bring in new customers to the new website, before helping old customers migrate. “We’ll be working with our customers to make sure that they migrate at a pace that makes sense for them,” Taylor said.

The media are reporting that Facebook's security issues from earlier this year, forced it to assure business customers (including Walmart and Starbucks) individually that their data is secure. The point is that the data resides on a completely different place, physically, as well as digitally, despite both platforms are hosted on Facebook.com.

However, the Workplace's spokesperson has told us that this statement is not true.