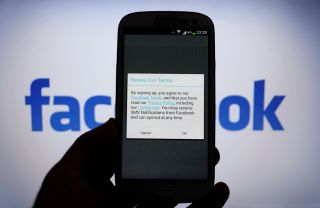 Facebook is set for a potentially explosive legal case after the company was accused of stealing proprietary technology.

Today in a California district court, a judge laid out a detailed timeline regarding the upcoming legal battle between Facebook and UK data centre company BladeRoom over allegations that the social network stole the latter's server and rack technology for use in its own Open Compute Project.

BladeRoom claims that the company intentionally stole and used its blueprints for server warehouses.  Specifically, Facebook is being accused of utilising the company's modular data centre layouts and designs for server racks and then repackaging them under the Open Compute banner from as far back as 2011. By doing this, the social network could then use and distribute Bladeroom's blueprints for free.

In the courtroom, Judge Edward Davila laid out the terms of the upcoming lawsuit for both parties.  Facebook and BladeRoom will have until the discovery deadline of July 28th to request documents and testimony related to the lawsuit. After which time, they will meet for a pretrial conference in August.  A jury for the trial will then be selected in March of 2018.

On April 3rd 2018, the trial will begin and jury deliberations are scheduled to last until May 11, 2018.  Since there is a great deal of time before the trial actually begins, Facebook and BladeRoom could even reach a settlement before then. Though this is unlikely, as BladeRoom filed its initial complaint in 2015 and the two companies have still yet to have come to an agreement.

We will presumably learn more regarding the legitimacy of the company's claims against Facebook as we come closer to the start of the trial in 2018.