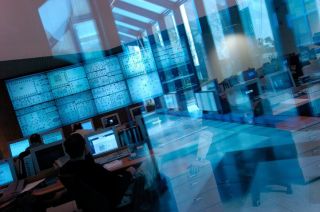 Financial workers are failing to make the most out of the potential offered by AI technology, new research has claimed.

A report from Oracle estimates that the vast majority of businesses aren't utilising AI in their work, despite a clear link between the use of the technology and revenue growth.

The report, produced in partnership with the Association of International Certified Professional Accounts, surveyed more than 700 global finance leaders, identifying AI as a key potential area in forming a business' future success.

Nearly half (46 percent) of 'tech-savvy' finance leaders were using their new tools to report positive revenue growth, compared with only 29 percent of those who were less willing to embrace new technology.

A vast majority (86 percent) of these 'Digital Finance Leaders' were found to have a digital-first and cloud-first mindset, meaning they were able to get greater access to  technologies such as artificial intelligence and blockchain.

“Common benefits that our customers experience once in the cloud include reduced costs and improved efficiency, increased security, real-time and accurate reporting, deeper business insight and better decision-making. The confluence of benefits enables organisations to spend less time on low-value, time-intensive reporting and innovate faster than their competitors.”