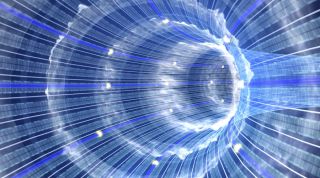 More than three quarters (78 per cent) of financial organisations in the UK worry about what digital disruption can do to their industry, according to a new Fujitsu report. Fujitsu claims this makes the financial industry the most concerned one, compared with retail, public and manufacturing, and utility sectors.

The report, entitled Digital: Co-creation in the Age of Disruption, says most C-suite execs (80 per cent) see digital disruption as an exciting opportunity, with 92 per cent thinking they need to evolve to stay relevant. Even though the majority seems positively excited about digital disruption, 56 per cent believes their business will not exist in its current form in five years’ time.

Almost two thirds (63 per cent) of financial services firms said digital disruption has already fundamentally changed the way they operate – 52 per cent claimed increase in innovation and a faster pace of change. Almost half (48 per cent) said there is an increased competition for talent. Competitors and customers are the biggest drivers behind digital disruption.

“Digital - and specifically the need to use digital technology to improve service offerings and drive revenue - is now a pillar of business strategy in the financial services industry. Both the challenge and potential of digital touches all parts of a company’s business,” said, Mike Foster, Managing Director, Financial Services, UK and Ireland, Fujitsu. “There is a substantial opportunity to embrace the notion of becoming more digitally disruptive. Our research underscores that 96 per cent of financial services organisations have already taken measures to thrive in a digitally disrupted world.”