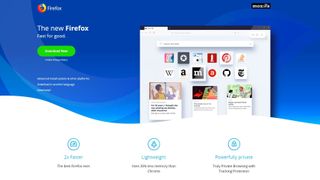 That way, users won't be met with surprising audio playback when they open a new website, something Mozilla's Chris Pearce calls an 'annoying' practice.

Audio, or audio-playing video, can only be heard after the user interacts with it – for example, if it clicks the 'play' button.

“Any playback that happens before the user has interacted with a page via a mouse click, printable key press, or touch event, is deemed to be autoplay and will be blocked if it is potentially audible,” the announcement reads.

Muted autoplay, where video plays as soon as the user reaches a website, but without audio running, is still allowed, Mozilla confirms. At the moment, the new version is expected to be released on March 19, 2019.

“In Firefox for Android, this will replace the existing block autoplay implementation with the same behaviour we’ll be using in Firefox on desktop,” it was said.

In order to avoid having their multimedia content blocked, publishers should make sure to play media only inside a keyboard event handler, or in a touchend event, in case of a touchscreen device.