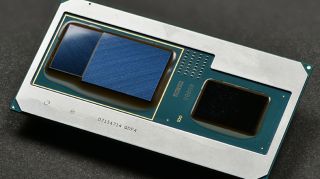 Intel has revealed the launch of its first chips that incorporate AMD hardware, bringing to an end one of the biggest rivalries in technology history.

Officially known at the Intel 8th Generation Core with Radeon RX Vega M Graphics, the new hardware is being shown off at CES 2018, where HP has included it in the company's latest high-end Spectre x360 laptops.

The processor brings together quad-core Intel CPU and Radeon's RX Vega M GPU, providing high-end computing and graphical power that is three times ahead of devices from a few years ago.

The new hardware will also allow OEMs to build thinner and lighter devices, measuring in at just 17mm thick, half the size of many existing products on the market today, and can run for up to eight hours one a single charge.

Although initially targeted at the gaming market, Intel says that the processors could also be useful for the likes of HD imaging as well as Virtual and Augmented reality, meaning that we may see more customers signed up soon.

News of the partnership first came back in November, when the two companies announced that a 35-year old rivalry would be coming to an end.

Besides speeds and state-of-the-art graphics, the new chip will also consume less energy, making it even more suitable for laptops, thanks to a new technology called EMIB, or Embedded Multi-die interconnect Bridge.