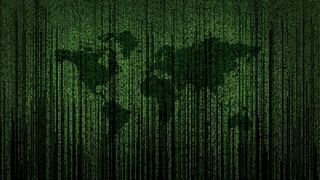 The UK government has been warned that its current level of support for the intelligence services could be leaving the country at risk of attack.

Speaking at the InfoSecurity 2017 event in London today, Dame Stella Rimington, the former director general of MI5, highlighted the myriad of challenges facing today’s intelligence services as they look to stay one step ahead of an ever-changing and evolving threat landscape.

“The security world has grown and expanded,” Dame Stella said at the event’s opening keynote, “it’s been a story of constant change and constant growth, and now there are more calls for change in the face of the horrors that happened in the last few weeks.”

"Dealing with terrorism is a very different thing from dealing with espionage," she noted, "We are facing a world where there's cyber-espionage now, which nobody really knows how to effectively deal with. We are facing a world of very complex communications which make it very difficult (for) our intelligence services to keep pace with changes taking place."

In her speech, entitled ‘Open Secret’, Rimington highlighted just how much had changed in MI5 since she joined the service back in the 1960’s, before being appointed the first ever female director general in 1992.

Recapping a world that was not too much unlike a John le Carre novel, Dame Stella recalled her recruitment to MI5, and how much the service changed during the Cold War era.

Rimington’s time at MI5 also unfortunately spanned the era that saw the growth of terrorism in the UK, initially from the IRA, but she noted that such attacks were crucial in helping expand the work and collaboration between different intelligence agencies across Europe.

In the 1970’s, IRA terrorists would often target British soldiers serving in Germany, carrying out attacks from bases in France, with weapons often stored in the Netherlands, leading to the need for greater co-operation between different nation states.

This cooperation has continued and grown to this day, resulting in the likes of Interpol, and helping police in the UK and abroad track and snuff out threats to this day.

However the sheer number of threats around today means that the need for improved counter-espionage and other intelligence services are greater than ever, Rimington noted.

Fighting terrorism often requires a much greater need for speed, Dame Stella stated, along with a huge deal of nerve, as often agents, “rarely have total information -  and very often have to act on partial information.”

MI5, and its sister agencies, “needs much brighter, much more sharp, daring and proactive people” who are willing to take calculated risks quickly, Rimington noted, in order to deal with security threats that are worse, more complex and more difficult now than ever before.