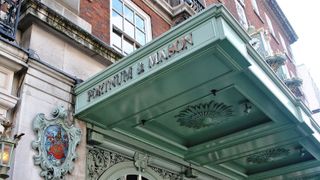 British retail giant Fortnum & Mason is the latest victim of a major data breach after its customer details were exposed through a partnership with the survey company Typeform.

The retailer first partnered with the survey company for its food and drink awards and now the personal information of around 23,000 customers has been obtained by hackers. Customers who voted for Fortnum & Mason's TV Personality of the Year category could have had their personal details exposed including their name, email, home addresses and social media handles.

Fortnum & Mason provided more details on the nature of the breach in a statement, saying:

“The data of approximately 23,000 competition and survey participants who inputted into a Typeform form has been involved in this breach. For the majority of people, only the email address has been exposed. For a smaller proportion of customers, other data such as address, contact number and social handle has been included. These forms did not request bank or payment details, or require passwords.”

Fortunately for the retailer and its customers, no financial data was accessed during the breach and the company's website and database were also unaffected.

Fortnum & Mason has since taken down all of the Typeform surveys on its site until their security measures have been improved. The retailer also revealed that hackers entry point has now been closed and that forensic investigations are currently underway.

Nike, Uber, Apple, Airbnb and Typeform's other clients may have also been affected by the hack with digital bank Monzo noting that 20,000 of its users were affected though their financial information remains secure.