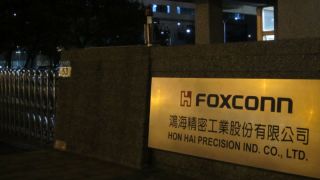 One might consider being Foxconn’s president a success story, but its current boss – Terry Gou, has more ambitious plans in mind. At the company’s annual general meeting, which was held earlier today, Gou announced he is leaving the company – to run for president of Taiwan.

Gou has founded Foxconn almost half a century ago and is the company’s biggest shareholder. According to the media, he will remain on Foxconn’s board, but will be succeeded by Young Liu, who is currently serving as the head of the company’s semiconductor business.

Last April, Gou said he would be leaving the company, if he would manage to beat other presidential candidates from his own political party – the Kuomintang (KMT). After succeeding versus Han Kuo-Yu, he will now be challenging President Tsai Ing-wen next January, at the elections.

He is now leaving Foxconn to focus on his presidential campaign.

Foxconn is one of the biggest (if not the biggest) supplier of parts for most of the large tech corporations around the world, including Apple. It is a company that has been marred with controversies, including unconfirmed stories how the company placed nets under the windows to prevent employees from jumping to their deaths.

Taiwan’s biggest political issue nowadays seems to be one of sovereignty. Apparently, the KMT believes Taiwan is a Chinese rogue state, and Gou was accused of stating that Taiwan was part of China.

Gou’s wife also objected to him running for president, for which he responded “the harem should not meddle in politics”. He later apologised.