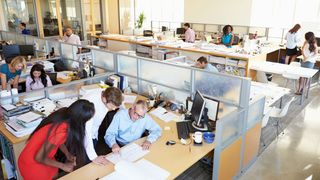 Artificial Intelligence is set to completely change the business landscape. It will effectively replace humans in repetitive, mundane tasks such as manufacturing or administration. But it will also have a profound effect on other types of work, such as human resource management.

According to Samsung's new report, “The Open Economy”, human resource managers will have to be able to understand the interplay between the human and digital worlds. Such a skill will soon no longer be considered an optional extra, but a core skill.

“HR departments will rapidly emerge among the most interesting and fast-paced places to work within organisations in every sector,” the report argues.

The emergence of Artificial Intelligence will also create a whole breed of new freelance workers, and human resource managers will have to factor in this newly independent nature of workers.

Finally, all of this will change the perception of what quality workforce is. Frequently switching jobs will no longer be perceived as suspicious, but as a bonus. After all, all the different experiences mean the person has a usefully diverse skillset.

“Instead of questioning why you left your last job after six months, a business will note that over the past five years you have had five different, very interesting experiences and environments, and so bring a multitude of problem-solving skills to the workplace,” says Patty McCord, HR Consultant and former People Manager at Netflix.

PwC’s Anthony Bruce agrees, and says that softer skills will have a particularly important role to play as technology automates more business processes. “Human judgement and capabilities will be more important than ever in the future”, he says. “Using data to address critical business challenges and opportunities will not be an IT issue, it will be leadership issue.”