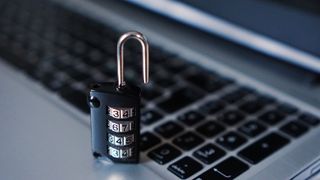 Fujitsu hit the headlines recently following an announcement that the company would begin transitioning away from its traditional hardware focus towards software and services.

Security is set to play a significant part in this new focus, especially as the company looks to top 11,000 employees in this area by 2021 to become a true leader in the space.

Noting the importance for businesses now to be agile, digital and secure, Norris noted that “the move to digital is all about being secure...so from our perspective, the move towards becoming a services organisation will help us.”

Norris says this new strategy will help the company’s security operations no end, pointing to a “phenomenal” 110 per cent growth in UK orders for the division in the first half of the year.

He says that this is mainly down to an increased general awareness in cybersecurity across industries and territories brought on by GDPR and recent research showing 60 percent of businesses have been hit by some kind of data breach.

“If I’m a CEO of an organisation, looking at a two-in-three chance of being caught out - what I potentially used to look at as an insurance policy...they now realise they may come unstuck and need to do something about it.”

"The UK is probably more advanced from an attack perspective than a lot of countries (but) you can’t teach everybody,” he adds, “but most organisations have now woken up to the fact that cybersecurity is a reality - there’s not a day goes by where there hasn’t been a breach.”

Fujitsu is also lending its support to a number of initiatives aimed at building support and interest in cybersecurity - not only from a business side, but also from an education standpoint.

Norris says that the company is working with technology colleges around the UK to help build interest in STEM subjects among 14-17 year olds, particularly females, in order to ensure the next generation of cyber experts is prepared.

“We will continue to develop security talent,” he says, “If you look at cybersecurity and how quickly the threat landscape is changing and how much time and effort we put in to training our experts, the UTCs don't have a chance in terms of doing the same...it needs to be a collective effort.”

This push is only part of the work being done by the UK and wider EMEIA team, Norris says, as Fujitsu looks to promote co-operation between educational establishments, government and private enterprise when it comes to promoting security awareness.

“If you look at cybersecurity and how quickly the threat landscape is changing and how much time and effort we put in to training our experts, the UTCs don't have a chance in terms of doing the same,” he says, “it needs to be a collective...cybersecurity is not going to go away.”