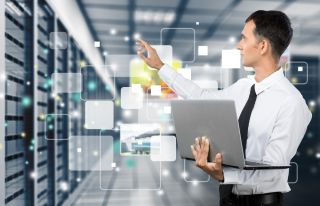 Gatwick Airport’s IT network is getting a facelift, thanks to a new Hewlett Packard Enterprise project. The job, costing $15 million, is designed to future-proof the infrastructure of the UK’s second largest airport.

According to the company’s press release, IoT-enabled sensors will be deployed to measure things like bin levels, occupancy of check in desk, table availability or pond water levels. Then, there’s the stable network services for campus entities, as well as tracking passenger flow analytics based on smartphone locations.

Machine learning and facial recognition systems are used to give security a boost, as well as to create the Passenger Journey Mapping, allowing gate staff to track late passengers and give them a nudge via apps.

“Transitioning from old to new networks while keeping the world’s most efficient runway operating is like performing open heart surgery on a patient while he is running,” commented Marc Waters, Managing Director for UK & Ireland, HPE.

“We’re delighted with how smoothly the project has run - the world’s most efficient single runway now has an equally powerful and productive IT network to match it. All parties have worked seamlessly, while the airport remains fully functioning, to avoid any impact to the day-to-day running of the airport and its millions of passengers. This transition will be one of the most impressive to have taken place in recent years – we’re very proud to have led it.”