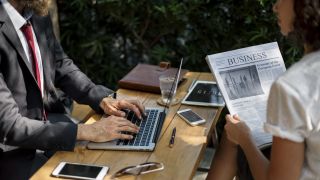 The General Data Protection Regulation (GDPR) went into effect this May and businesses across the EU have been preparing for two years to comply with the terms of the new regulation.

However, GDPR not only applies to businesses in the EU but also to all companies that do business in the region.

While many US companies altered their policies to comply with the regulation, new research from the UK's Joseph O'Connor has revealed that over 1,000 US news sites have failed to comply and instead have chosen to block European visitors to their sites.

O'Connor has been tracking the issue since the end of June and has found that more than 40 broadcast websites and around 100 sites operated by GateHouse Media, Tronc and Lee Enterprises are turning away European visitors.

Additionally a third of the 100 largest US newspapers have chosen to block their sites in the EU including the Chicago Tribune, New York Daily News, Dallas Morning News, Newsday and the Virginian-Pilot.

EU citizens can easily access these blocked websites using a virtual private network (VPN) but for the average Internet user this could prove to be a hassle.

Hopefully by shining light on the issue, US news outlets will realise that putting off GDPR compliance is not only hurting their brands but also their readers.