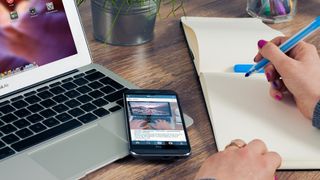 An alarming number of companies in som of the world's biggest economies are not nearly ready for the introduction of new GDPR legislation, despite the deadline being only a year away.

A new study from Varonis found that nearly half of businesses across the UK, US, France and Germany said that GDPR was not a priority for them.

Overall, 42 per cent said that they were not too concerned with meeting the deadline of May 25th, 2018.

The study also found that 75 per cent of the companies surveyed would struggle to meet the compliance deadline, despite not doing so leaving them open to huge fines from the ICO.

Looking specifically at the UK, Varonis found that British businesses are falling behind on providing funding to deal with GDPR, with just 15 per cent having separate budgets for EU GDPR compliance - opposed to 52 per cent of US organisations.

UK IT professionals were also rather sceptical about the benefits GDPR will provide to businesses, but were far more positive about its impact on their own data privacy.

“What’s most worrying about the findings is that one in four organisations doesn’t have a handle on where its sensitive data resides," said Matt Lock, Director of Sales Engineers at Varonis.

"These companies are likely to have a nasty wake-up call in one year’s time. If they don’t have this fundamental insight into where sensitive data sits within their organisations and who can and is accessing it, then their chances of getting to first base with the regulations are miniscule and they are putting themselves firmly at the front of the queue for fines.”