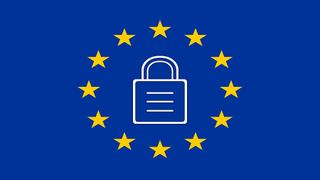 The new GDPR legislation is now just a year away from coming in to force, but new research has claimed that British businesses are not nearly as prepared as expected.

In fact, a study by Blancco Technology Group has found that the UK is significantly less prepared than its European counterparts, with companies lagging behind the rest of the continent.

The study found that the UK is four times more likely to allocate no budget to GDPR compliance than colleagues in the US, France and Spain

Among the other shameful findings are the fact that the majority of UK IT professionals rely on insecure and unreliable data removal methods, such as basic deletion and free wiping software.

The decision to leave the European Union was also found to be contributing to low UK levels of knowledge, as a quarter (25 per cent) of UK IT professionals feel that their staff have issues with understanding the legal requirements of GDPR.

This follows the British government's declaration that it would persist with the move, despite the Brexit vote.

“The first priority for all companies should be to gain a complete picture of all data that is collected, stored or processed that contains EU citizen information," said Richard Stiennon, Chief Strategy Officer, Blancco Technology Group.

"After that, companies must ensure that adequate means of protecting that data have been implemented, such as access being restricted to authorised personnel, proper authentication being used and proper procedures for backing up and archiving data and data sanitisation policies being implemented to remove data when it is no longer needed or requested by customers. In addition, any third parties that have access to the data must be evaluated to ensure they too have adequate controls in place.”