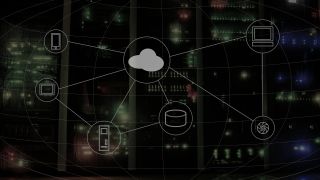 More than $233 billion was spent on public cloud services worldwide last year, according to fresh figures from analyst house IDC.

The firm claims the public cloud market - comprised of IaaS, PaaS and SaaS offerings - grew by more than a quarter (26 percent) year-on-year.

Amazon, Oracle, Microsoft, Salesforce and Google were the top five prodivers and captured more than a third of the market. This group grew by more than a third (35 percent) in the year, moving faster than the competition.

"Cloud is expanding far beyond niche e-commerce and online ad-sponsored searches. It underpins all the digital activities that individuals and enterprises depend upon as we navigate and move beyond the pandemic," said Rick Villars, Group Vice President, Worldwide Research at IDC.

"Enterprises talked about cloud journeys of up to ten years. Now they are looking to complete the shift in less than half that time."

The public cloud market has grown by more than 100 percent in the last three years, with the combined spend on IaaS and PaaS increasing by almost three times. IDC expects this trend to continue for the foreseeable future, with IaaS and PaaS spending growing faster than the overall market.

Of the three, SaaS is the largest segment, accounting for $122bn in earnings.