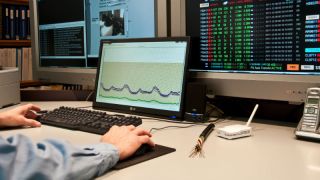 Global PC shipments plummeted in the first quarter of 2020 compared to the same period last year, according to analyst firms Gartner and IDC.

After three consecutive quarters of growth, the worldwide PC market has seen its most significant drop since 2013. Gartner and IDC agree the fall is primarily a result of the coronavirus outbreak and subsequent introduction of quarantine measures across the globe.

“The single most significant influencing factor for PC shipment decline was the coronavirus outbreak, which resulted in disruptions to both the supply and demand of PCs,” said Mikako Kitagawa, Research Director at Gartner.

“Following the first lockdown in China in late January, there was lower PC production volume in February that turned into logistics challenges."

Kitagawa also explained that the upgrade cycle, which started with the release of Windows 10, is slowly drawing to a close - another factor in the decline in sales. Businesses are now shifting towards business continuity planning, pointing budgets elsewhere.

IDC, meanwhile, has identified a silver lining in the dark cloud, which could see a revival of the PC market in the near future.

"Businesses that once primarily kept their users on campus will have to invest in remote infrastructure, at the very least, for continuity purposes. Consumers stuck at home have had to come to terms with how important it is to keep tech up to date. This should provide a steady, long-range tailwind for PC and monitor markets, among other categories."

Despite the drop, the list of top vendors remained unchanged. Lenovo, HP and Dell remain the top three respectively - accounting for more than 60 percent of the entire market - with Apple holding the fourth position.