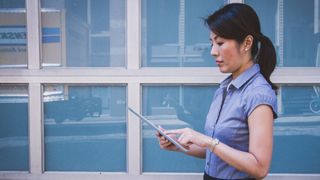 New data from IDC has revealed that Apple and Huawei's tablet divisions are still seeing some growth despite the fact that the global tablet market has been on a steady decline for the past 15 straight quarters.

During the second quarter of 2018, 33m tablets were shipped worldwide which is down by five million when compared to the same period last year.

In previous years, tablet sales declined by single digit numbers but this year the decline moved to the double digits. The global tablet market declined by 13.5 per cent this quarter according to IDC.

Apple held the top place in terms of tablet sales followed by Samsung, Huawei, Lenovo and Amazon. Of the top five table companies, only Apple and Huawei saw any growth at all at .9 per cent and seven per cent respectively.

The iPad maker still came out on top with 11.5m devices sold while the Chinese electronics manufacturer sold 3.4m devices.

"The detachable market is at a crucial stage as it has been driven primarily by premium products from Microsoft and Apple and growth has slowed in recent months. Though consumers and businesses alike have shown interest in the detachable form factor, those operating on tighter budgets have had very few options available to them and hence some have opted for traditional PCs. However, with the launch of the Surface Go, Chrome OS-based detachables, and hopefully a more affordable iPad Pro in the future, the detachable category still has a bright future, provided the performance and software lines up with users' expectations."