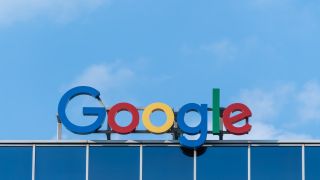 BigQuery is the search engine’s big data analytics platform. In a blog post announcing the addition, Google explained that some parts of Ethereum aren’t as accessible as they could be.

There are APIs out there for commonly used functions. Mostly checking the transaction status, or the balance of a wallet. However, if you move past these common functions, it becomes pretty hard to access data stored on the Ethereum blockchain.

“A visualization like this (and the underpinning database query) is useful for making business decisions, such as prioritizing improvements to the Ethereum architecture itself (is the system running close to capacity and due for an upgrade?) to balance sheet adjustments (how quickly can a wallet be rebalanced?).”

With that in mind, Google has built a software system on Google Cloud that syncs Ethereum blockchain to computers equipped with Parity. It pulls Ethereum ledger data – including smart contract transactions results - daily, and it "de-normalizes and stores date-partitioned data to BigQuery for easy and cost-effective exploration."