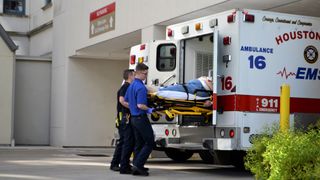 Finding Android users who have dialled emergency services is about to get a lot easier for first responders thanks to a new partnership between Google and T-Mobile.

The search giant and US telecom have partnered with emergency technology providers RapidSOS and West to send emergency call centres information from Android's Emergency Location Services (ELS). This enhanced location service already runs on 99 per cent of Android devices and now it will cut down the time it takes first responders to reach those who have called 911 in the US.

Smartphones previously relied on GPS technology and cell tower information to help locate callers by transmitting their coordinates as opposed to their address. This made things difficult for first responders by adding the extra of having to manually find the address of those who have called emergency services and it presents even more problems when a device is indoors.

Through a combination of GPS, Wi-Fi, mobile networks and sensors, Google's ELS is able to pinpoint the location of T-Mobile customer's smartphones and this data is then shared with first responders. Google previously launched a similar service in the UK and Estonia back in 2016.

Android Product Manager, Jen Chai provided further details on how the company has been expanding ELS worldwide in a blog post, saying:

“Over the last two years, we’ve been expanding ELS worldwide; it's now available in 14 countries and provides location to emergency centers for more than 140,000 calls per day. Today we’re announcing the launch of ELS in the U.S. with RapidSOS, T-Mobile and West, to bring more accurate location more quickly to emergency centers.”

To take advantage of ELS on your Android device in the US, you must be running Android version 4.0 or higher and be a T-Mobile subscriber.