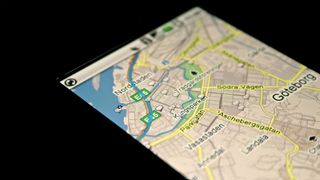 Google tracks the movement of its users, even if they explicitly say they don’t want to be tracked, new research from AP suggests.

AP says many of Google’s services on Android and iPhone devices track data of their users’ location, even when the user turns the feature off. The claims have been confirmed by researchers from Princeton.

In most cases, Google first asks for permission to know where someone is located. For example, Google Maps will remind users that it needs to know their location if they want it to help them navigate. If they use the app for a longer period of time, it will show the history of movement, too.

There’s also the option to turn off “location history”, and this feature comes with a notice that the company will not be allowed to remember where the user was. However, this feature does not work as intended, AP says, claiming that some Google apps still store user location, even when the feature is turned off.

Google seems to be gathering location data when the maps tools are open. Also, the automatic time update on Android shows precisely where the user is, and some searches, that are in no way location-related, show the user’s location, down to a single square metre.

The report says roughly two billion users are affected by this violation of privacy.

Google’s response is that it has been perfectly clear on the matter:

“There are a number of different ways that Google may use location to improve people’s experience, including: Location History, Web and App Activity, and through device-level Location Services,” a Google spokesperson said in a statement to the AP. “We provide clear descriptions of these tools, and robust controls so people can turn them on or off, and delete their histories at any time.”