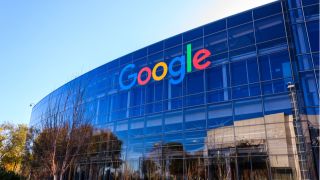 Google has reportedly pulled the plug on a new cloud service offering it was building for China and other countries with similar requirements.

According to Bloomberg, the online giant spent the last year and a half building a cloud service solution codenamed Isolated Region.

Isolated Region was meant to operate mostly in China, a country with strict data management laws. The solution's goal was to meet the demands of both Chinese and American regulations. China requires foreign tech companies to form a joint venture with a local company in order to operate, with that local company keeping ownership of the data collected. Isolated Region was supposed to have an infrastructure that was completely separated from the rest of Google's network.

The project was finally scraped in May, with the media speculating the reasons behind the abandoning were either of geopolitical nature, or as a direct result of the Covid-19 pandemic.

Google has since issued a statement for the press, denying that both geopolitical circumstances, or the Covid-19 pandemic, had anything to do with the abandonment of Isolated Region. Instead, Google claims, it decided to focus on more lucrative products.

“We’ve seen emerging requirements around adoption of cloud technology from customers and regulatory bodies in many different parts of the world. We have a comprehensive approach to addressing these requirements that covers the governance of data, operational practices, and survivability of software. Isolated Region was just one of the paths we explored to address these requirements. What we learned from customer conversations and input from government stakeholders in Europe and elsewhere is that other approaches we were also actively pursuing offered better outcomes. Isolated Region was not shut down over geopolitical concerns or the pandemic. Google does not offer and has not offered cloud platform services inside China, and Google Cloud is not weighing options to offer the Google Cloud Platform in China,“ the company said.