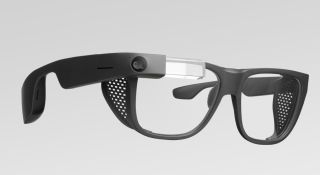 Google Glass, the company's augmented reality solution which first debuted in 2013, has now gotten a faster and cheaper successor for businesses.

The Google Glass Enterprise Edition 2 is an improvement on all fronts: it will come with a powerful Snapdragon XR1 chip, which the company claims will do a great job at powering the device, AI and computer vision, all while consuming less energy.

And while we're discussing energy, the new device will come with an 820 mA/h battery, which is expected to last up to eight hours between recharges. The chip comes with four cores, running at 1.7Ghz each.

As for the camera, this time around the device will have an 8MP shooter, with 720p video support. We don't know if the display suffered any changes or not, Google describes it as “similar” to the previous versions, which were 640x360.

There is the USB-C port for faster recharging, as well as support for Wi-Fi 5 and Bluetooth 5.

As for the price, Google managed to reduce it by a third, compared to earlier versions. Now, Google Glass Enterprise Edition 2 will set you back $999.

As for the software, the device runs Android 8.1 Oreo. However, with the recent release of Android 9 Pie, it wouldn’t be too big of a surprise if the augmented reality headset got a fresh update on that field, as well.