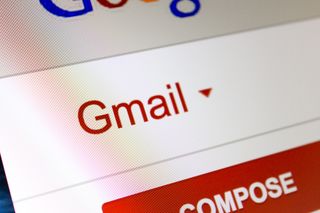 In an attempt to end further confusion between its free and paid products, Google will soon end the controversial practice of scanning the emails of Gmail users.

Users of the company's free email service have had their emails scanned for years in order to display targeted ads based on the contents of their messages. While this process has always raised privacy concerns, the average user was willing to forego a bit of privacy in order to continue to use Google's email service.

Now the company has decided to end the practice entirely, and will now use personal information pulled from Google search capacity and YouTube to display ads in Gmail.

The decision was made by Google's cloud unit after some business users were concerned that Gmail may be scanning their sensitive emails.

The company's G Suite is a paid version of its apps that competes directly against Microsoft and caters to business users.  While paid Gmail users did not have targeted ads displayed alongside their emails, they were still confused as to whether or not Google was scanning their own emails.

This is why Diane Greene announced that Gmail would be changing its controversial email scanning policy in a blog post on Friday where she explained that the consumer version of Gmail would soon resemble G Suite's Gmail, saying:

“G Suite’s Gmail is already not used as input for ads personalization, and Google has decided to follow suit later this year in our free consumer Gmail service. Consumer Gmail content will not be used or scanned for any ads personalization after this change. This decision brings Gmail ads in line with how we personalize ads for other Google products. Ads shown are based on users’ settings. Users can change those settings at any time, including disabling ads personalization. G Suite will continue to be ad free.”