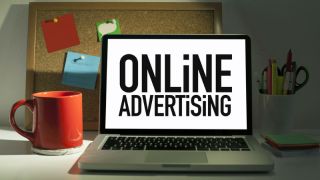 For the first time since ever – Google has blocked less fraudulent ads than it did the year before - but that's a good thing.

Usually, the number of fraudulent ads (those that advertise fraudulent activity, spread malware or something similar) that Google blocks on a yearly basis rises, year-over-year. Last year it was 3.2 billion. This year, however, the figure stands at 2.3 billion.

According to a blog by Scott Spencer, Director of Sustainable Ads at Google, there are a couple of different factors that contributed to this significant Google victory in the war on online fraud.

First of all, Google has started going after accounts that place bad ads, instead of going just after the ads. That way, it's addressing the root of the problem. Almost a million of these accounts were banned in the last year. That includes some 730,000 publishers and app developers (almost double compared to the year before).

Then, it launched 330 new “detection classifiers”, (almost three times as much as in 2017), helping the company better detect "badness" at the page level. This resulted in the removing of ads off almost 28 million pages that violated company policy.

Finally, Google said it had worked closely with the FBI and the cybersecurity firm White Ops to take down 3ve, “one of the largest and most complex international ad fraud operations we’ve ever seen.”

“In aggregate, 3ve produced more than 10,000 counterfeit domains, and generated over 3 billion daily bid requests at its peak,” the blog reads.

Google promised to continue in the same vein into 2019, because bad actors will do the same, anyway.