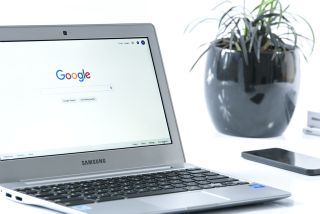 In an effort to maintain its lead in the classroom over Apple ahead of its education-focused event, Google has announced the first Chrome OS tablet.

The Acer Chromebook Tab 10 has been built from the ground up to cater to the needs of the K-12 market and the new device runs the full version of Google's streamlined OS that many students are already familiar with. The tablet also supports the Play Store to run and install Android apps as well as all of the existing Chromebook education features such as classroom IT management.

The new device has a similar design to many Android tablets and sports a 9.7 LED-backlit display with a 2K resolution and a PPI of 264.  Acer's Chromebook Tab 10 also offers stylus support and includes a Wacom EMR stylus that can be tucked away into the device for storage.

The Chrome OS tablet is slightly heavier than an entry level iPad at 1.21 pounds and it is also 2.5mm thicker at 9.8mm.  The device utilises the same processor from the Samsung Chromebook Plus to ensure that it provides long battery life and the same fast performance that Chrome OS users expect.

Acer's Chromebook Tab 10 will launch first in North America this April for $329 and later in May for the rest of the world.

Google has established a place for itself in the US education market that even the best offerings from Apple will have a hard time taking on especially now that it has released a Chrome OS tablet to directly compete with the iPad.