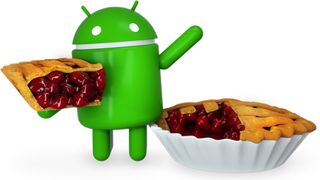 Google has taken the wraps off its latest improvements to Android, revealing the new software will be called Android Pie.

Previously only known as Android P, the new build will roll out to some smartphones today, with users of Google's own Pixel devices the first to get the upgrade.

Google is making a big push towards AI and machine learning with Android 9.0 Pie, as the software is able to monitor your usage and detect how it can make efficiency and power savings throughout the day. This including identifying which apps you use the most, and dedicating resources towards these services away from other rarely-used.

Android 9.0 Pie also includes a new system navigation system to allow for easier multitasking on your device, with users able to swipe up from anywhere to see full-screen previews of recently used apps, and then tap to jump back into one of them.

Messaging apps are also able to show greater detail in display notifications, and security is boosted via new biometric prompts, HTTPS via default, and stronger protection for private keys.

"After more than a year of development and months of testing by early adopters, we're ready to launch Android 9 Pie, the latest release of Android, to the world," Dave Burke, Android VP of engineering wrote in a blog post announcing the launch.

"We continue to move Android forward as the premier open platform for developers worldwide to build their businesses. With Android 9 -- together with the powerful new capabilities in Google Play for apps and games -- we're committed to helping you build great experiences, as well as reach and engage the right users safely and cost-effectively around the world."