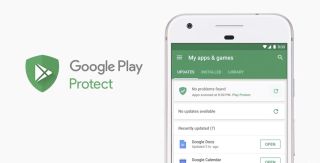 Google is looking to take the fight against Android malware and harmful apps with the roll-out of its latest mobile security platform.

Google Play Protect automatically scans Android devices to ensure no malicious software is installed anywhere on your device, and provide a comprehensive overview of your device's security status.

If the service finds anything, it can send information straight to Google, helping the company improve its security detection processes in the future.

The service is a step up from the existing Verify Apps function, and will be accessible as part of Google Play.

Play Protect was first announced at Google I/O back in May, and had been expected to play a key role in Android O, the next version of Google's mobile software, which is set for release later this year.

Google says it already scans around 50 billion apps every day using machine learning techniques to attempt to spot malware or suspicious activity, but the Android platform remains a popular target for criminals.