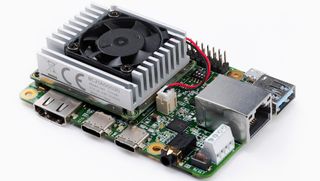 The three new devices, all under the new Coral brand name, were discovered by Hackster on a web page apparently set to promote them around an upcoming launch.

The products could be a great help to AI developers looking to build new services by helping with the inference part of the development process. This follows the initial building process of an AI service when it is launched into the wider world for the first time for proper testing.

Coral looks set to launch soon, with Google no doubt preparing an event to introduce its new brand to developers and consumers alike - possibly at the TensorFlow Dev Summit later this week.