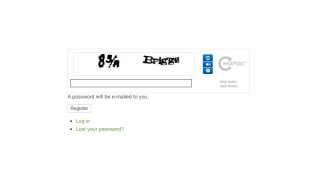 Google has just released a new version of reCAPTCHA, its security API that helps websites differentiate between humans and bots.

The online giant's updated release aims to improve the user experience but having the reCAPTCHA learn from past interactions, so some people can expect to pass through security checks faster than before.

In the new version reCAPTCHA will analyse user behaviour and send back a report, grading the user between 0.0 and 1.0, with 0.0 being 'definitely a bot' and 1.0 being 'totally a human'.

Depending on how you score, the website may behave differently. So, for example, if you're graded as definitely a bot, the website may ask for two-factor authentication, or email confirmation. If you're a bot suspect, the website may limit its features (maybe you won't be able to read messages, buy something, or your comments get sent to an admin for moderation).

“reCAPTCHA learns by seeing real traffic on your site,” Google says. “For this reason, scores in a staging environment or soon after implementing may differ from production.”

You can learn more about Google’s new reCAPTCHA here.