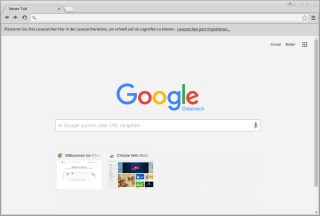 So Google is allegedly working on an encrypted version of its popular internet browser Chrome, and this has raised eyebrows of more than one government agency and telecom operator in the UK.

The news first broke out in The Times, which claims Google is building an encrypted version of Chrome. That would essentially render any national or telecom website ban useless. Consequently, that could mean people could be exposed to harmful content.

For that reason, BT, Virgin, Sky, and TalkTalk will soon discuss the problem with the National Cyber Security Centre. According to the report, the focus is on children, who may end up being exposed to hate speech, crime and violence, maybe even paedophiles.

But it's not just the children that the organisations and government institutions in the UK are worried about – it's also Google. This type of browser would give the company “unprecedented detail on people’s browsing habits”.

“Google will have a lot more than their searches — it will have their entire browser history. That’s an incredible amount of data,” a government official allegedly told The Times.

“It will also be able to track devices rather than just household accounts."